Celestine Usage:
Almost all Celestite (99%) is used in the production of strontium carbonate. There are four main uses for Strontium Carbonate.
More than 85% of all strontium is consumed in ceramics and glass manufacture, primarily in television faceplate glass and secondarily in ceramic ferrite magnets and other ceramic and glass applications.
All color televisions and other devices containing color cathode-ray tubes (CRTs) sold were required by law to contain strontium in the faceplate glass of the picture tube to block x-ray emissions. Major manufacturers of television picture tube glass incorporated, by weight, about 8% strontium oxide in their glass faceplate material. Added to the glass melt in the form of strontium carbonate, it was converted to strontium oxide. In addition to blocking X rays, strontium improves the appearance of the glass and the quality of the picture and increases the brilliance.
Permanent ceramic magnets were another large end use for strontium compounds in the form of strontium ferrite. These magnets were used extensively in small direct current motors for automobile windshield wipers, loudspeakers, other electronic equipment, toys, and magnetically attached decorative items. Strontium ferrite magnets have high coercive force and high thermal and electrical resistivity and are chemically inert. They retain their magnetism well, are not adversely affected by electrical currents or high temperatures, do not react with most chemical solvents, and have a low density. 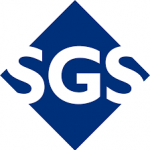 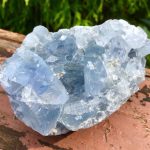